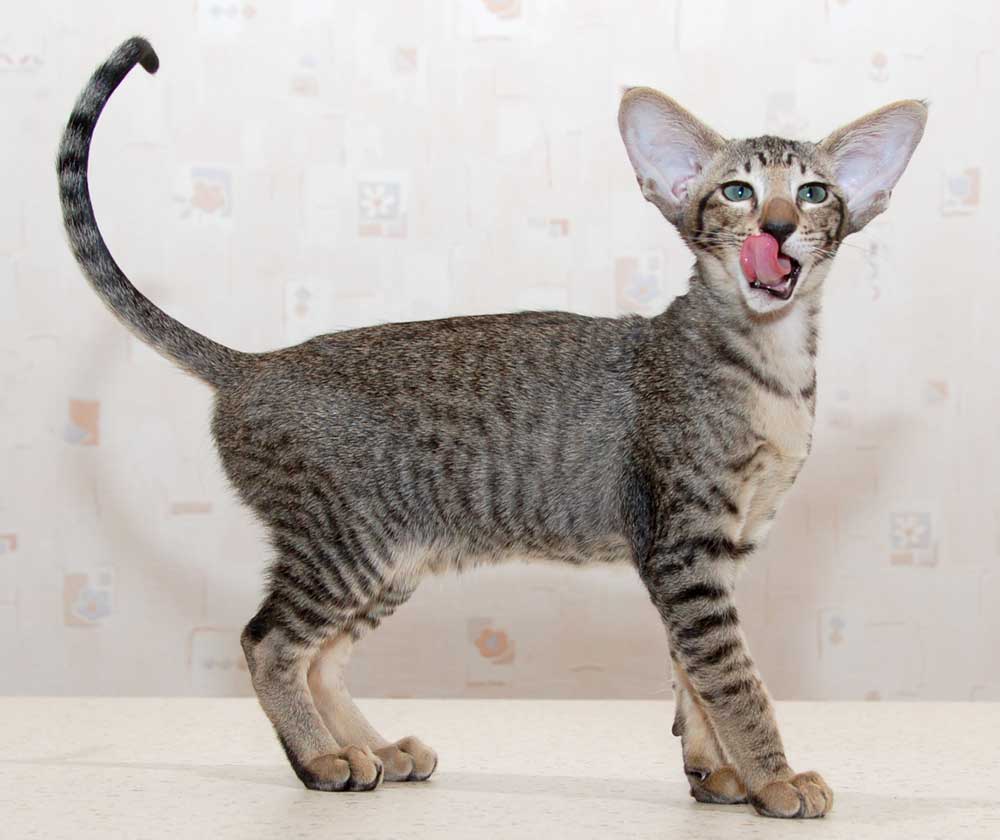 Love the slim, lanky litheness of the Siamese but wish they came in more colors

Well, wishes do come true, ’cause here I am.

My breed basically has the same body type as the Siamese – a lean, muscular body and graceful curves – but our coats can be in any shade and exhibit various markings. 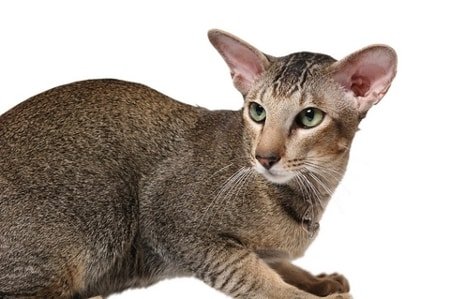 There are over 300 different patterns and colors recognized by cat registries for my breed, making us the choice feline for those who like variety.

I’m as vivacious as they come and I devote much of my energy toward making sure that the world revolves around me. To capture the attention of my humans, I’ll become an acrobatic entertainer, investigator of all household events, and even provide a running commentary of everything that goes on around me.

And trust me when I say I can entertain. I’m a master of calisthenics and I won’t think twice about giving willing spectators a demonstration of my abilities by doing impressive jumps or scaling high spots in and around the home.

Not impressed by my acrobatics? Wait ’til you find out how smart I am. 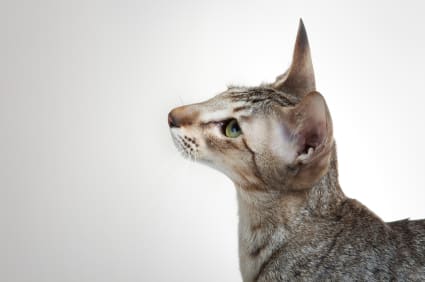 I’m a highly clever feline who can figure out how to open doors and even finagle cabinets with latches.

Combine that with my sleuthing skills and we can have much fun playing that game where you hide my toys and treats and I find them by meticulously checking every possible hiding place in and around the home.

Speaking of sleuthing – and as you can probably tell by my large, ever-alert ears – I’m a bit of a nosy sort. I just like to keep abreast of everything that’s happening around me, you know

And of course, that includes anything you might be up to. I am highly curious about all your affairs and I’ll go to great lengths to be involved in your activities.

But I don’t like to just spy on what you do – I want to contribute. Which is why I’l often follow you around and purr or meow loudly to share my abundance of opinions on whatever it is you’re doing, be it vacuuming or whipping something up in the kitchen.

The cat’s never got my tongue – I always have plenty to say.

And when I do speak, don’t be rude and ignore me. My feelings can be easily hurt, especially since I am so devoted and so dependent on my humans for love, affection, and conversation.

I usually choose to bond with one human so if you’re the lucky recipient of all my charms, gestures of affection and unabashed interest, it’s only polite to reciprocate with belly rubs, caresses and intelligent conversation.

As an amiable and sociable feline, you’d think I’d get on with everyone, but I’m surprisingly not ideal for every human. My high energy levels and constant need for attention can be draining for those who’re looking for a more laid-back companion feline. 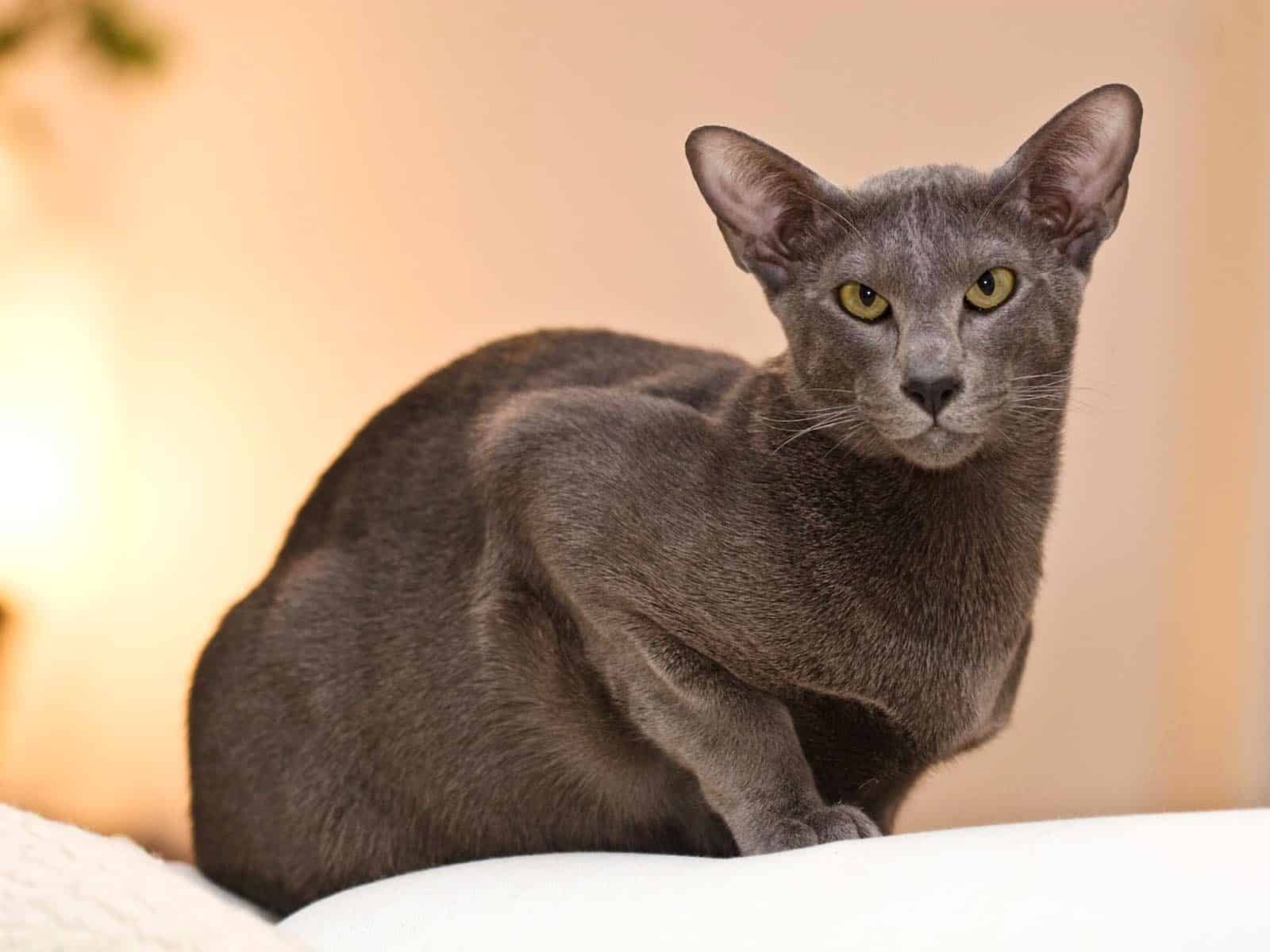 Moreover, I won’t hesitate to show my displeasure if ignored or neglected.

Believe that I’ll let loose caterwauling performances ’til I get the attention and affection I need.

If the caterwauling doesn’t work, I have been known to try a number of other tricks and tactics to get your attention. If it comes to this, you just might find that I’ve left you a little “present” in your shoe.

So trust me when I say that I am not for everyone – I don’t handle cat boredom well and need lots and lots of play time!

Given this temperament of mine, I’m probably best suited for those who’re experienced and adept at rearing demanding cats, as well as active individuals and people who have other cat-friendly pets in the home for me to play with.

Avid cat enthusiasts describe me as the colored counterpart of the original two-tone Siamese, which became extremely popular in Europe in the first two decades of the 1900’s.

After World War II devastated the Siamese populations, particularly in and around England, dedicated fanciers attempted to bring back the breed by crossing the magnificent black and white felines with Domestic Shorthairs, British Shorthairs, Abyssinians and Russian Blues. These experimental breeding programs were carried out in the late 1950’s to the early 1960’s.

Now while the breeders were successful at producing litters that resembled the look of the traditional pointed Siamese, they also unexpectedly bred non-pointed kittens that exhibited a variety of patterns and colors. These cats eventually became the foundation of the Oriental breed in the later years. 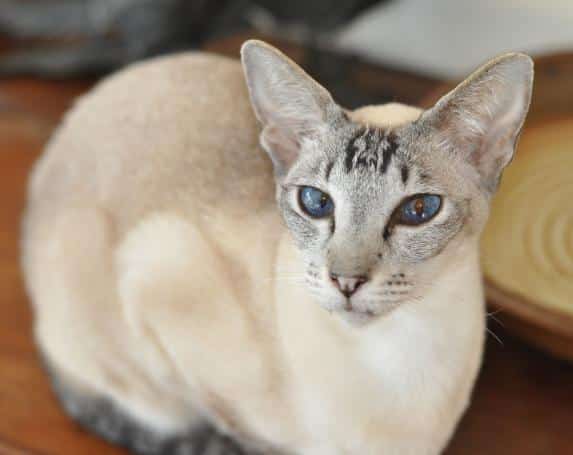 My ancestors arrived in the United States sometime in the 1970’s. Wanting to add their touch to our already elegant-looking breed, local breeders paired us with American Shorthairs, which produced kittens that were even more colorful and diverse in patterns.

My lineage was accepted by the Cat Fanciers Association (CFA) as a new breed in 1972 and we were granted our championship status five years later. A longhaired variety of the Oriental breed was also registered in 1995 after a specimen was paired with a naturally long-coated Balinese in 1988.

Apart from the CFA, I am also recognized by The American Cat Fanciers Association (ACFA) and The International Cat Association (TICA). Interestingly, these registries consider the shorthaired and longhaired Oriental varieties as two separate breeds.

I am basically an easy breed to take care of. Apart from not requiring a lot of grooming and brushing, I also don’t have any special diet needs compared to other breeds. However, fanciers looking to have me as a pet should be prepared to give me lots of attention and affection every day or else I will become restless and noisy.

Having puzzle toys, perches and cat trees is also a priority if you’d like to have me as an addition to your family. Apart from preventing me from damaging your furniture, I also won’t be that demanding attention-wise when you’ve got the right stuff to keep me occupied.