Posted at 06:40h in Cat Breeds by Caitlin 4 Comments
0 Likes

I boast one of the most luxurious coats in the world of cat fancy. It’s definitely thicker than the norm and has a distinct compactness to it that you’d be hard-pressed to find on another feline.

Besides sporting a heavy outer coat that profusely covers my chest and legs, I also have thick awn hairs and an undercoat that is packed to the point of repelling moisture.

Even my tail, ears and face are bushy and I sport some pretty cool fluffy sideburns.

And just to be clear – my coat is more than pure aesthetics, it is a testament to my roots. You see, once upon a time, my ancestors roamed the forests of Siberia where I hear the climate can be rather unforgiving.

I tend to be bigger and more robust compared to other pedigreed cats. 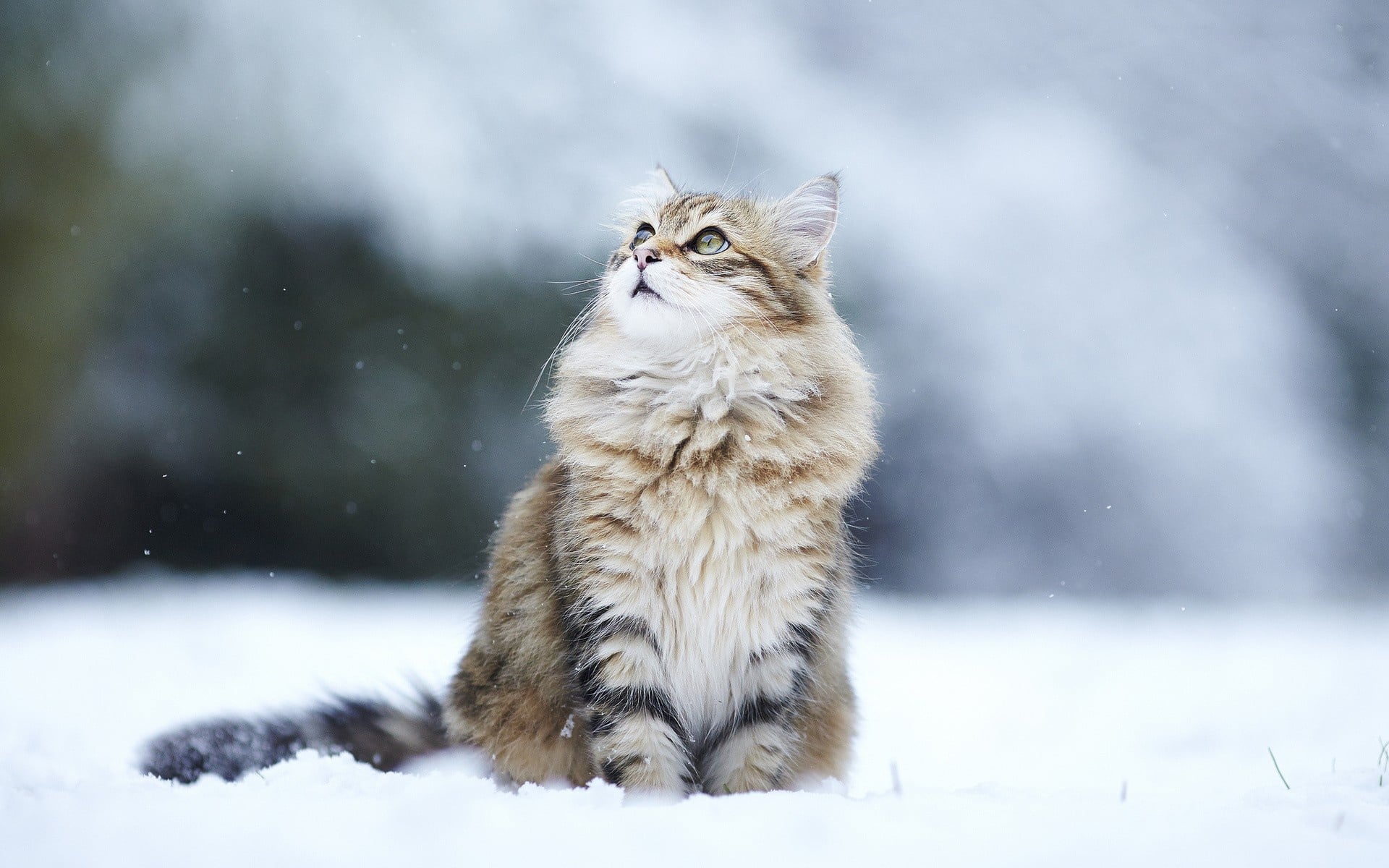 That’s ’cause I’m pretty much built for thriving in rugged taigas where size can make or break your chances of survival.

And my chances of survival are pretty darn good, what with my overall muscular physique and chunky, well-developed legs.

Even with my thick fur and heavy-set body, I’m surprisingly nimble and can break into a dash at a moment’s notice or clamber up to explore the highest regions of your house.

My friends have dubbed me the “gentle giant,” which pretty much sums up my personality. Despite my larger size, I am super relaxed and easy-going. And while I may have the appearance of the sort of cat you’d come across in the woods, I’m very loving and won’t hesitate to shower my humans with gestures of affection.

In fact, I love my humans so much, I try to engage them in games whenever I can. 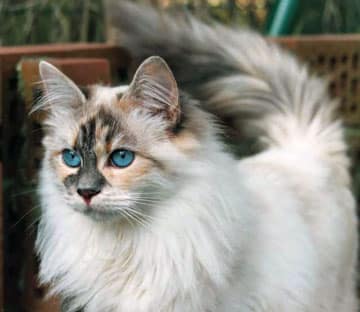 That means I’ll be bringing you pretty much anything I can fit in my mouth like balls, keys, and plastic bottles in an attempt to get a game of fetch going.

Oh, and I’ll be demonstrating my pouncing and jumping skills on a regular basis for your admiration and applause.

My friendliness isn’t just reserved for my humans, either. I’m generally friendly and sociable so have no problems getting along with other humans and pets.

I’ll warm up to new surroundings and beings immediately so don’t be surprised if I appoint myself as the official greeter of the house whenever visitors drop by.

I guess it’s because I am built for survival, but I have several skills that make me very adept at living life on my terms. Take, for example, climbing. I am darn good at it!

Despite my size, I have no difficulty scaling high spots in and around the home. And that includes everywhere from cabinets and kitchen counters to wall ledges and windowsills.

I’m also exceptionally intelligent and willing to use it for my own satisfaction. That usually translates to figuring out how doors and cabinets work so I can get my paws on treats and other goodies you’ve stashed away.

Once I’ve figured that out, I’ll move onto my next favorite objects – sparkly things! So don’t be surprised if you find your jewelry missing one day. You didn’t misplace them, it just means I’ve borrowed some to play with. Oh, I haven’t yet mastered the art of putting things back.

If you’re not keen on me getting into your stuff whenever your back is turned, it’s a wise idea to get me some toys that’ll keep my brain entertained. 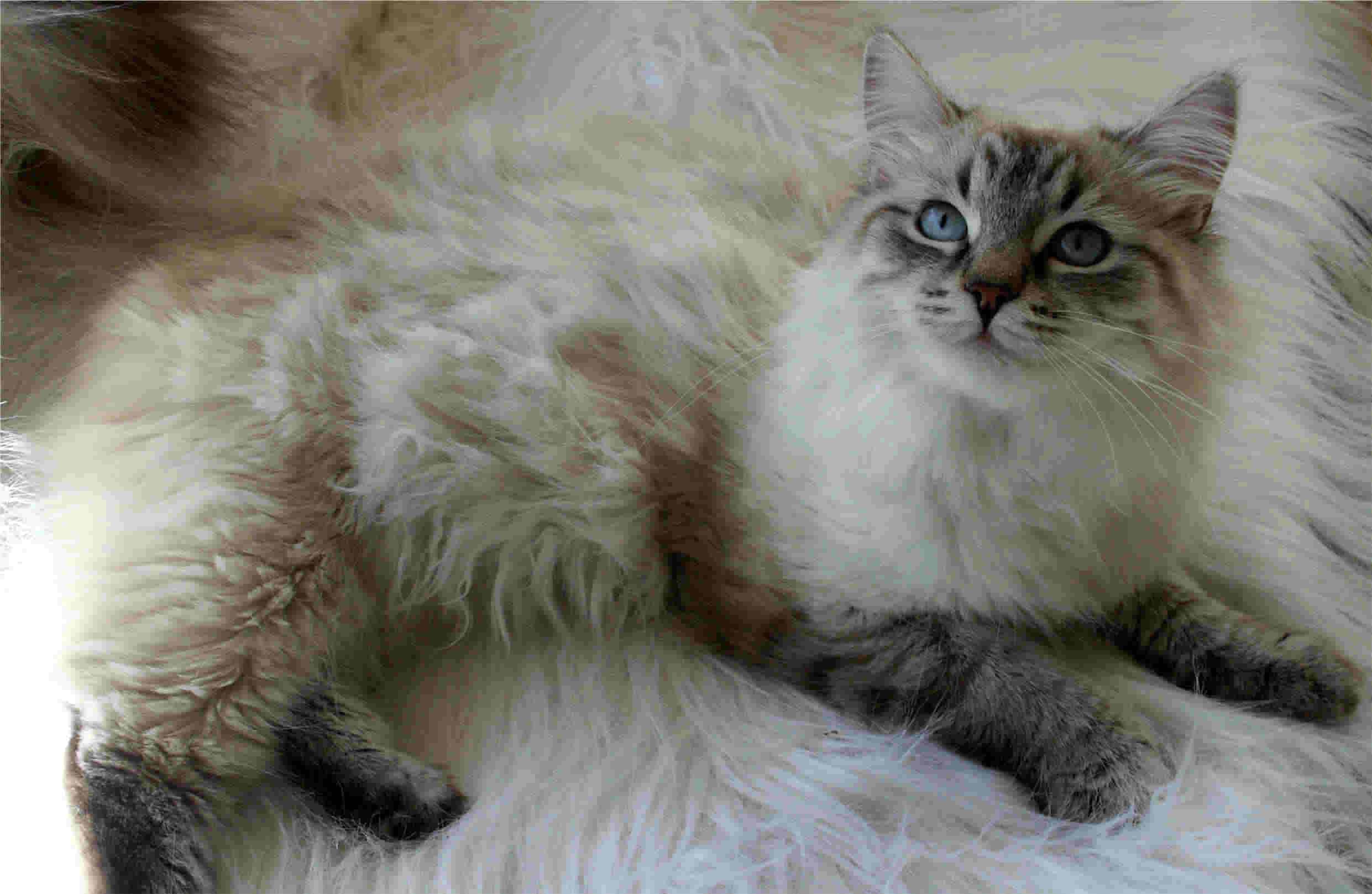 Unlike other felines that steer clear of water, I am a cat that’s quite the opposite.

Running faucets fascinate me and playing in sinks and tubs with water still in them are on my list of all-time favorite activities. I might even step inside the shower with you if you leave the door open.

Sure, I may be bigger than most felines and sport the appearance of a wildcat, but I am actually very easy to take care of. Even first time cat owners and seniors looking for a companion feline won’t find it difficult to have me around as a pet.

I am also very patient and tolerant around young children and other pets. You won’t find me retaliating when I get unexpectedly picked up or handled too roughly. I think my very thick coat also makes me quite impervious to many of the unpleasant sensations my finer-haired counterparts can easily feel.

You can easily guess where I come from just from the name of my breed. My ancestors thrived in the Siberian forests where the climate is a tad cold, which explains my larger than usual body size and very abundant coat. 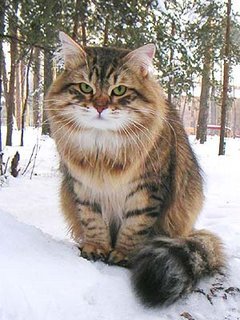 Makes sense, right If you’re looking to survive in Siberian taigas where it’s downright freezing, you’ve got to have the physical attributes to help you pull it off.

And thanks to our build and intelligence, my ancestors thrived. In the meantime, they also earned quite a following in Russia, becoming so popular that they were even made into prominent figures in the local folk literature over time.

They were usually depicted as protectors of lost children who’ve wandered in the woods as well as guardians of fairy portals. If you stumble upon a Russian folktale that has cats in them, I bet it’s a story about my ancestors.

However, if you’re hoping to know more about my lineage than just following the folk tale adventures of my ancestors, then you’re going to experience a very critical setback. See, getting access to substantial information about my breed can be quite challenging because very little is known about us.

Although we are officially recognized as the national cat of Russia, there are no historical records kept about the origins of our breed or how we were domesticated. The only recurring theme that you’ll come across when you conduct an extensive research about my breed is how my forebears helped fend off rodents and other parasites from barns and shops.

When cat fancy gained popularity across Europe in the last century and a half, my ancestors were one of the breeds that were exhibited frequently during shows starting in 1871. They were even included in Our Cats and All About Them, a 19th century book written by the fancier, Harrison Weir. They were also featured in Domestic and Fancy Cats by John Jennings published in 1898. 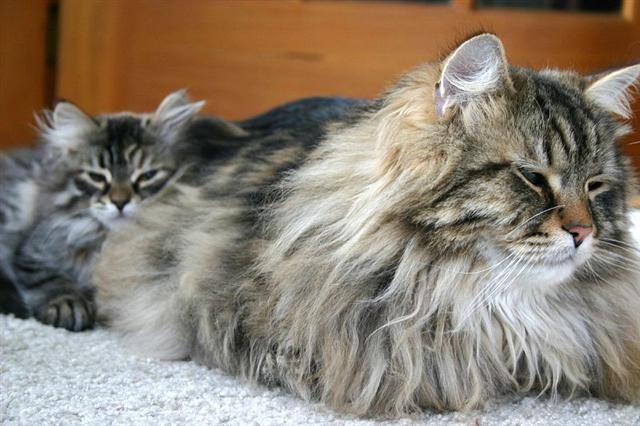 It took a very long time for my breed to arrive in the shores of North America. We only got to the United States in 1990, through the efforts of Baton Rouge, Louisiana breeder, Elizabeth Terrell, who specialized in the breeding of Himalayans.

While checking out a cat magazine in 1988, Terrell found that a group of Russian cat fanciers were willing to import a few specimens to help proliferate the breed in other parts of the world.

She decided to lend a hand and immediately wrote St. Petersburg’s Kotofei cat club member, Nelli Sachuk, to inform them that she’d like to get in on their plan.

In the closing months of 1989, Terrell and Sachuk’s group decided on a trade where the latter exchanged three Siberian cats, two females named Naina Romanova and Ofelia Romanova, as well as one male, Kaliostro Vasenjkovich, for four Himalayans. The Baton Rouge breeder immediately integrated them in her breeding program a few weeks after they arrived.

I am built for survival and as such, one of the hardiest breeds in the world of cat fancy. I have no special dietary requirements and the only thing you’ll need to regularly do for me is a thorough brushing and grooming routine to prevent my coat from getting kinky and matted.

Just once a week should do. Thanks!