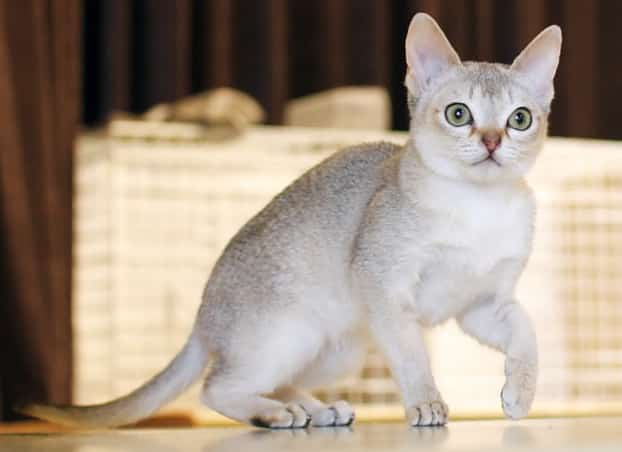 Posted at 04:06h in Cat Breeds by Caitlin 3 Comments
0 Likes

The Japanese are fond of saying “small is beautiful” and in my case, this couldn’t be truer.

I am one of the smallest cat breeds you’ll ever encounter. But it’s not just my diminutive size that makes me adorable.

At first glance, I resemble a mini Cheetah, with a small, roundish face that’s dominated by oversized, almond-shaped eyes that come in yellow, green or hazel. My baby-faced features are further emphasized by my blunt nose, small chin, and large, ever-alert ears.

Like the cheetah, I sport a tabby “M” on my forehead and tear-mark accents.

Apart from giving me a rather friendly appearance, my facial attributes also make me look kittenish even well into adulthood.

Now while I may be pint-sized, my small stature is muscular and I’ve got all the physical attributes that allow me to be as I want to be. And that’s really, very active most of the time. 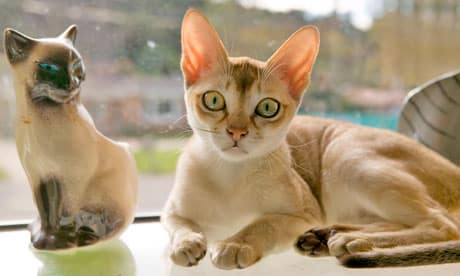 Before I move on to my sparkling personality, I want to quickly mention my unique coat since it’s another physical trait my breed is popular for.

Apart from having an overall appearance that resembles that of a cheetah’s – most cat registries only recognize the sepia agouti as the standard coat color of my breed – it’s also amazingly soft and silky to the touch.

To further accentuate my cheetah-esque appearance, my tail is noticeably tipped in brown or black.

I may be miniature, but I’ve got a big personality.

In fact, you’ll often find yourself wondering how such a tiny cat can contain so much energy. I am a tiny bundle of activity and I’ll spend most of my day running around and engaging in several games – maybe all at the same time. 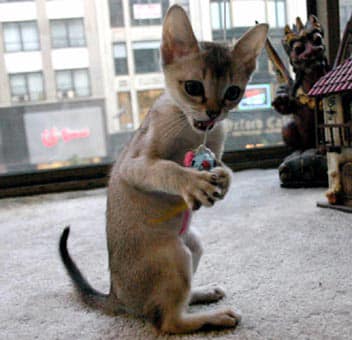 I’m also as agile as they come and a certified climbing expert. My small and nimble size makes it exceptionally easy for me to defy gravity so expect to see me climb to impressive heights on a daily basis.

Scaling cabinets, bookshelves, and curtains are a given, but I’ll also hang out on lower places like kitchen counters and windowsills to mix things up.

Oh, and just so you know – my size also makes it easy for me to hide out in pretty much every nook and cranny of your home so you might want to cat-proof the house before you invite me in.

Not that I’m going to spend much of my time hiding – I’m no shy wallflower, after all. I’m more of a social butterfly and will even appoint myself as the official greeter of the household.

I have no qualms about climbing atop laps and asking for shoulder rides, even from strangers so you might want to warn your guests about me.

But when it comes to humans, my humans are my favorite, which is why I’ll be engaging you in play. Like, all the time. This involves jumping on your lap, bringing you toys to get a game of fetch going, or simply following you around while rubbing my head on your ankles – or swiping at them – to prompt you to chase me.

Truth be told, I’ll do this often. And yes, it can come on a bit strong, which is why I’ve been dubbed the “pesky people cat.” It’s a spot-on nickname – I can be pesky and I am definitely a people cat. 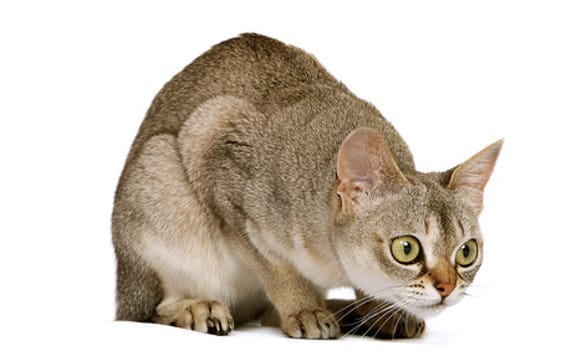 In case you’re curious just how pesky I can be, try ignoring me for a few hours. I live off attention and can become rather cantankerous when neglected or left alone for too long.

That’s why, despite my general friendliness, I can be difficult for newbies learning the ropes of properly caring for a cat or busy parents who already have a full schedule.

But as attention-mongering as I can be, I am rarely ever noisy about my demands. In fact, you’ll hardly hear a peep out of me unless it’s really, really important.

Just to make things clear, I am not everyone’s cup of tea. My very demanding disposition can be extremely tough on first time cat owners and older feline enthusiasts. I can also be a really exhausting pet for parents with younger children since I tend to compete with the kids for attention.

My ideal human is one who has previous cat-reading experience and understands that some of us felines need loads of affection and attention. Oh, and it helps if you’re an active, athletic human who can keep up with me.

And of course, patience is one virtue you must have, since I can be exceedingly clingy at times.

My breed originates from the island nation of Singapore where my ancestors were said to freely roam the streets and hang out near curbs and drain pipes since the early 1960’s. Now while they weren’t the only street felines there, my forebears were the most numerous and sported distinctive coats that closely resembled that of a Cheetah’s. 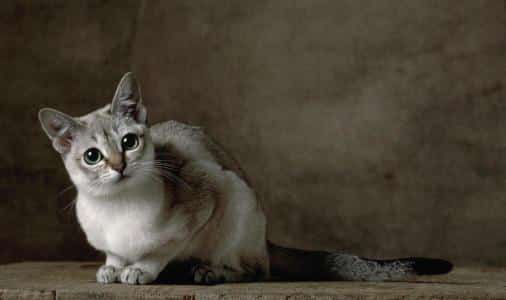 Very little is known about my ancestors and they didn’t receive a lot of attention from fanciers until 1975 when a couple of American Burmese/Abyssinian breeders who lived briefly in Singapore, Tommy and Hal Meadow, brought a few specimens along with them back home to the United States. The felines they transported to America eventually became the foundation of the current Singapura breed.

Although the actual number of cats brought back by Hal and Tommy is unclear, rumor has it that they started an experimental breeding program using one male and two females. Their efforts at proliferating the breed was strengthened with the addition of another female imported by another fancier based in Singapore, Barbara Gilbertson, a few months after Tommy and Hal began their breeding program.

There are no additional pieces of information available about how the breed was developed by the Meadows or the measures they used to get the Singapura recognized by cat registries.

I am a very hardy cat and keeping me healthy is not complicated at all. I have no special dietary needs and my short coat pretty much takes care of itself, ‘though an occasional brushing would be very much appreciated.

As for my happiness, the key lies in attention and affection. So lay it on thick, okay 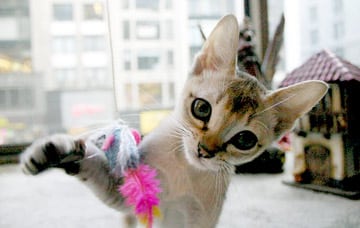