You can describe the Tonkinese cat as having the overall appearance of power yet with a touch of grace and refinement. The Tonkinese are a domestic cat breed produced by crossbreeding the Siamese and Burmese – and has inherited both breed’s most defining characteristics. 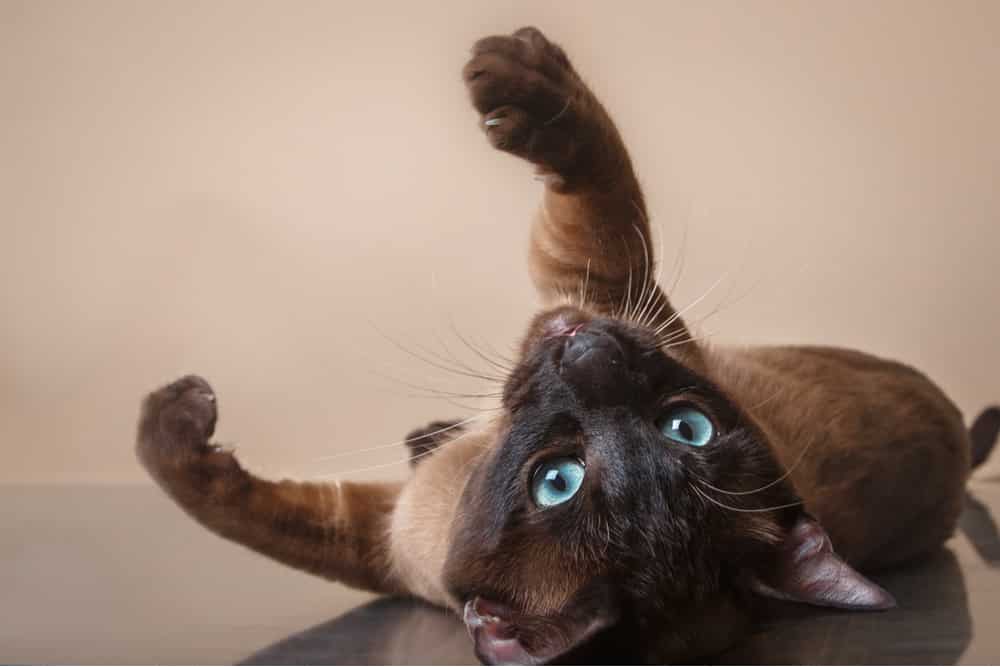 Breed: Tonkinese Cat
Size: Medium, 5.5 to 12 lbs
Energy Level: 4/5 (but with bursts of activity)
Talkative: 3/5
Coat: Short to medium, fine and very silky, can come in 12 different colors, with three distinct patterns, namely mink, pointed and solid.
Hypoallergenic: No
Seeking: A human or family of humans who will appreciate all the love and affection I have to give.
Child Friendly: Yes
Personality Snapshot: Extremely affectionate, can be rather demanding for attention at times, very intelligent, has a fondness for play, won’t have a tough time getting along with people and other pets, likes to get it in on everything its guardians are doing, doesn’t hesitate to get vocal when it wants to.

My head is generally round and highlighted with a combination of smooth and sharp features. Although my cheekbones are higher and more prominent compared to other cats, I’ve also got a chin that is slightly curvy and puffed up, giving me a rather easy-going facial expression.

It’s not tough to see why my eyes have gathered a lot of admirers over the years. Apart from being large and having a distinct almond shape, they are also quite deep-set and flaunt a brilliance that you won’t easily find in other breeds. Moreover, unlike other breeds, my eyes can also come in a variety of shades and don’t have to match the color of my coat. 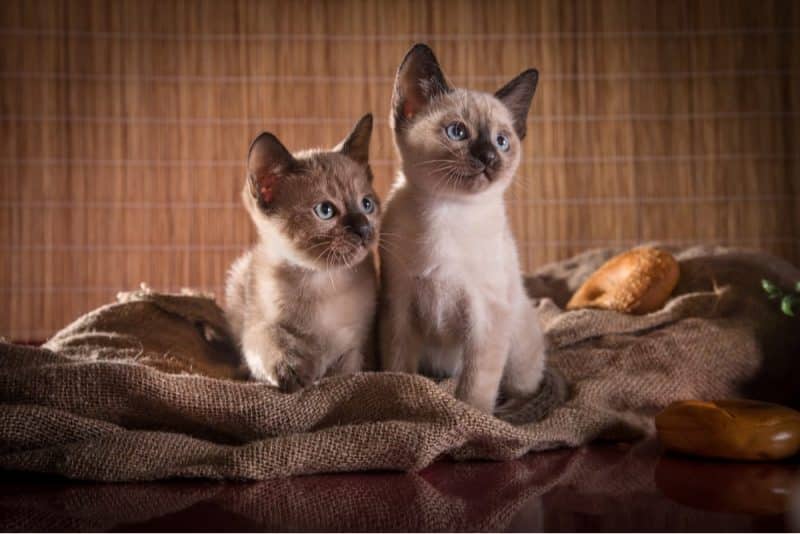 I have medium-sized ears that are wide at the base and rounded at the tips. They also have a delicate tilt to them that makes me look somewhat curious. It’s not uncommon to see my ears swiveling constantly whenever I feel excited or if I think I’ve stumbled upon a spot at home that I previously missed.

My coat is short to medium in length and has a very silky texture when you run your fingers through it. Apart from coming in 12 different colors, my coat can also have three patterns, namely mink, pointed and solid. Interestingly, avid cat fanciers have always compared my coat to a luxurious shawl that’s not only visually appealing, but also very cozy.

Ask any dedicated feline enthusiast and I’m sure the first thing they will say about me is my extreme friendliness. I’ve always been very people-oriented and I don’t find it difficult to get along with other pets as well. Unlike other cats that will need time to adjust to a new home, I easily warm up to new faces and will even chill out near the front door to say hello to visitors dropping by.

I am very tolerant and patient with kids and will be game enough to join them in play. I also don’t easily retaliate if they pick me up. Instead of being fast on my claws when I feel things are already getting too rough for me, I simply walk away and go play somewhere else. 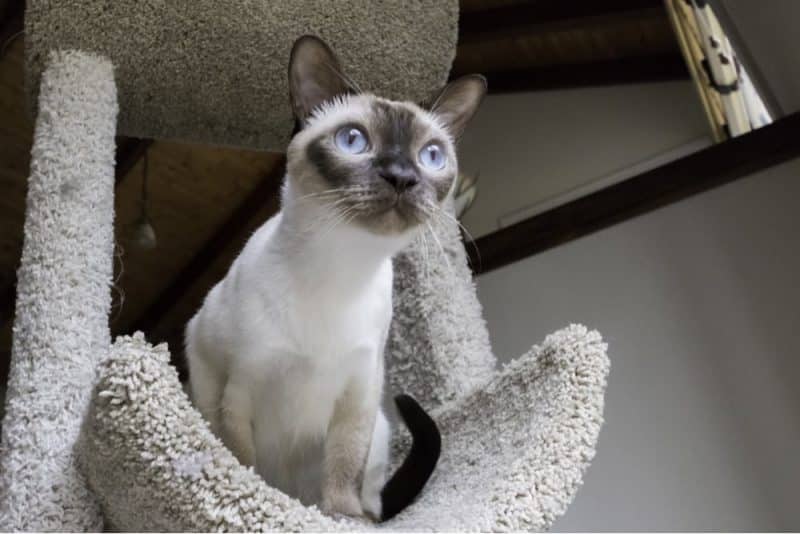 Just to make things clear, I am a cat that can be very vocal and won’t hesitate to speak my mind if I feel that my opinion is needed. However, compared to other felines that tend to communicate in piercing shrills and break into a caterwaul all of a sudden, you’ll only hear me trill and meow in a rather loud voice, but not annoyingly so.

I am very active and you’ll see me spending most of my day playing or scaling high spots in and around the home. I’m also quite partial to interactive games that I can play with my human companions like fetch and tag. I am even known to carry things in my mouth like keys, balls and slippers just to get a game going with my guardians. 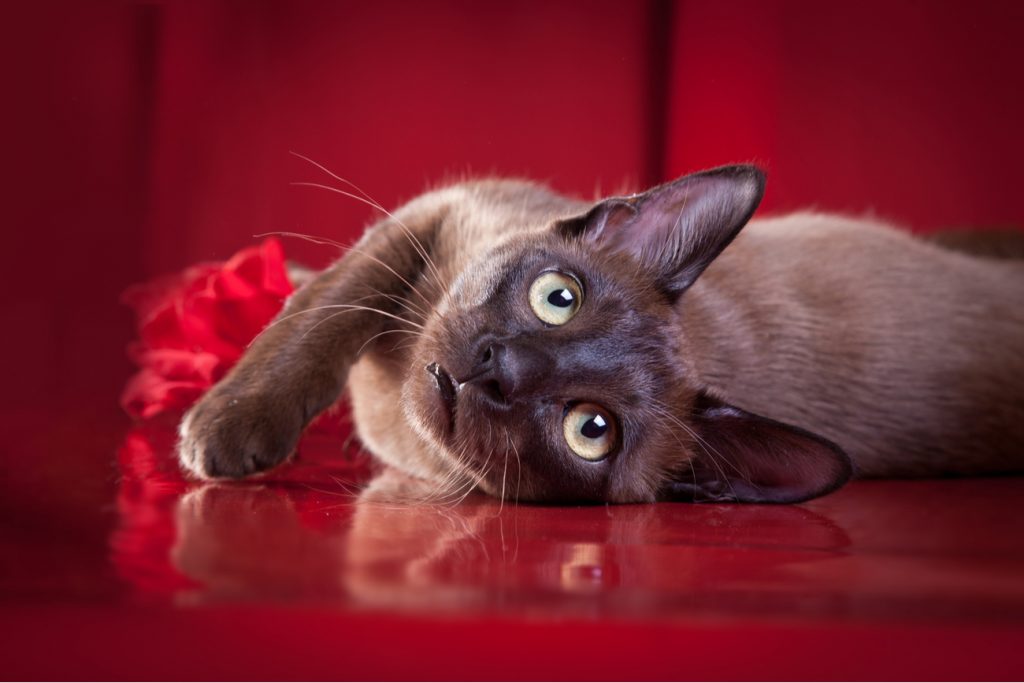 Now while making sure that I’m always full of zip tops the list of my daily priorities, I also love to spend quiet moments with my guardians from time to time. I love sidling up to them when they’re watching their favorite TV show or perhaps settling in their laps when they’re reading. Between you and me, I also love the belly rubs and scratches behind the ears that I get during the same.

I am fairly intelligent and quite fond of activities and toys that encourage me to fire up my smarts. I love getting my paws on puzzles and won’t have a problem figuring out opening cabinets and doors, especially if a treat or toy is kept behind it. I can also easily map out the fastest routes up cabinets, bookshelves and wall ledges.

First things first, I’d like to be very honest with you. The Tonkinese cat breed for every cat fancier.

Sure my attitude may be very friendly and affectionate, but my high energy levels can be extremely taxing for first time cat owners as well as older fanciers still picking out a companion feline. I can be in several places at once and I can be very hard to handle if you’re not ready to rear a cat that needs a lot of commitment and attention.

My tendency to become quite vocal can be also bothering to some enthusiasts. Unless you won’t mind having a noisy cat around, I am not the best option to go for when you’re looking for a pet feline. 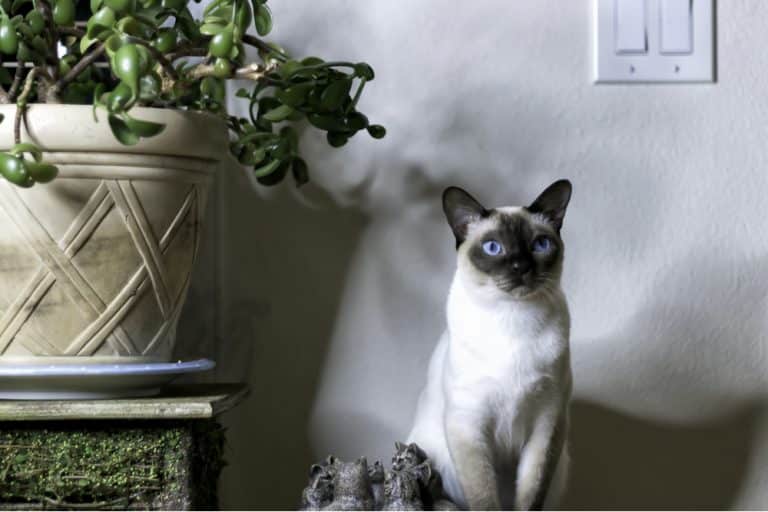 Tonkinese breed began to take root in the early 1960’s when a Canadian breeder by the name of Margaret Conroy experimentally paired a seal point Siamese and a sable Burmese cat, which resulted to kittens that she describes as “golden Siamese.”

Now while there were already deliberate crosses between the two breeds carried out in the 1950’s, most notably by Milan Greer who successfully produced pointed dark brown kittens that fused the physical attributes of the Burmese and Siamese, it was Conroy who encouraged her fellow cat breeders to conduct similar experimental pairings themselves.

Intrigued by the concept, the prominent New Jersey cat breeder, Jane Barletta, jumped on the bandwagon and even helped Margaret Conroy write the standard for the breed. They first moved to have the juvenile breed recognized by the Canadian Cat Association (CCA) and successfully did so in 1971. The CCA granted the breed its Championship status soon after.

Now while this may sound surprising, taking care of me is rather easy unlike what most people mistakenly think. I am not prone to health issues and I also don’t have any special diet requirements compared to other breeds.

Apart from only needing a weekly brushing and grooming to keep my coat looking elegant (and prevent it from getting extra kinky and matted while at it), I also need to keep my claws short since they tend to grow rapidly in a very short time.